Moseley Park and Pool is part of the former estate of Moseley Hall (grade 2 listed), which was rebuilt in 1792-6 for John Taylor, a Birmingham manufacturer. The Hall had been burnt out in the Birmingham Riots of 1791 when ‘the mob’ rampaged around Birmingham setting fire to the residences of many landowners.

Besides the rebuilt and enlarged Hall, Taylor commissioned a plan for the parkland from Humphry Repton who described himself as a landscape gardener, the first person to do so. Taylor was one of the founders of Taylors and Lloyd’s Bank, today Lloyds.

The Hall was let for much of the 19th century and the Moseley Hall estate started to be broken up for housing development, initially with Park Hill in 1865. In 1896 the parkland was divided into two by the cutting of Salisbury Road (named after the then Prime Minister Lord Salisbury) joining Moseley with Edgbaston. The portion comprising the present Park was thus separated from the residual land surrounding the Hall, which was sold to Richard Cadbury who subsequently donated it to the City of Birmingham as a children’s convalescent hospital. It remains a hospital to this day.

Chantry Road was cut in 1890 and there were plans afoot to drain the lake and divide the land further for more roads and houses. However a group of local gentlemen with houses in Salisbury and Chantry Roads opposed these plans and took out a 40 year lease from The Taylor Estates on what is now The Park. They founded The Moseley Park and Pool Company Ltd. in 1898 to protect the land from future development.

New tree planting was commenced and firm paths were constructed around the Pool and from the entrance gate in Alcester Road. alongside the newly built Victoria Parade of shops. Further entrance gates were placed in Salisbury Road and Chantry Road.

The Park was formally opened by Mr Austen Chamberlain MP on September 29th1899. The Park and Pool Co. was managed by unpaid directors and access to the Park was for key holders and their households on payment of a small annual subscription, initially one guinea (£1.05). The lease on the Park was later extended and the freehold was purchased from the Taylor Estates in 1958.

In 2006 the limited company was converted to a charitable trust (The Moseley Park and Pool Trust, reg. no. 1115870) now managed by a board of volunteer trustees. 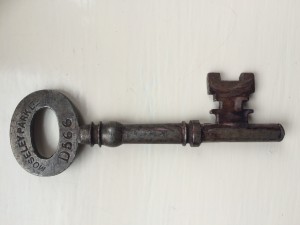 Before the Park and Pool lands were transferred into a charitable trust it was held by a private company. Those early founders of the company lived in Moseley and each held shares, usually ten or twenty only, which by tradition were transferred at their face value of £1 per share when a shareholder sold their  Moseley  property.

In those early days subscribers to the Park and Pool were issued with a big old key like the one illustrated here which operated the three entrance gates.

That key was not changed for many, many years. Perhaps a century. Subscribers were on trust to pay their annual dues or return their key. Most did, some did not. Like the shares these keys often passed with a neighbouring property.

This key was left in a house in Chantry Road backing on to the Park and Pool when the property passed into its current ownership some twenty years ago. 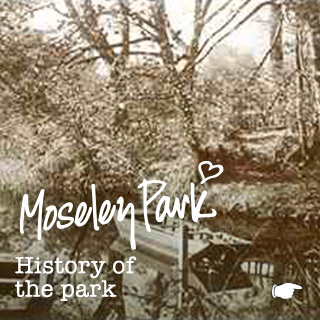 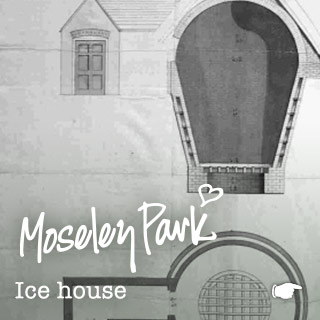